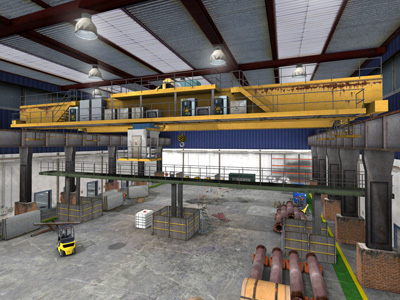 A Bridge Crane is a type of crane used in factories and industries, for lifting and moving heavy loads, allowing that large horizontal and vertical pieces can be moved.

A crane bridge is composed of a pair of parallel rails located high above the sides of the building with a movable metal bridge (beam) that covers the space between them. The hook, the lifting device of the crane, moves along with the bridge on which it is located; the hook in turn is housed on another rail that allows it to move to locate in positions between the two main rails.

Unlike mobile or construction cranes, crane bridges are generally used in factories or industrial sheds and are limited to operating within the shed or factory where they are installed.

The use of this type of crane is applied in the steel industry to move finished products, such as coils, pipes and beams, both for storage and for loading to convenient transports.

In the subsidiary cement industry, to facilitate the manufacture of pipes, posts, beams, among other products of great weight and volume.

In the automobile industry and heavy machinery, crane bridges are used to handle raw materials and in other cases for the assembly of large parts, in road machines (loader, bulldozer, motor grader, truck).

Almost all paper mills use bridge cranes for regular maintenance which requires removal of rollers and other heavy equipment.

Why use the Bridge Crane Simulator of LSyM for learning?

Thanks to our simulator the user, besides obtaining the necessary preparation to be able to undertake the works mentioned in the previous section, will be able to avoid, among others, the following risk situations: 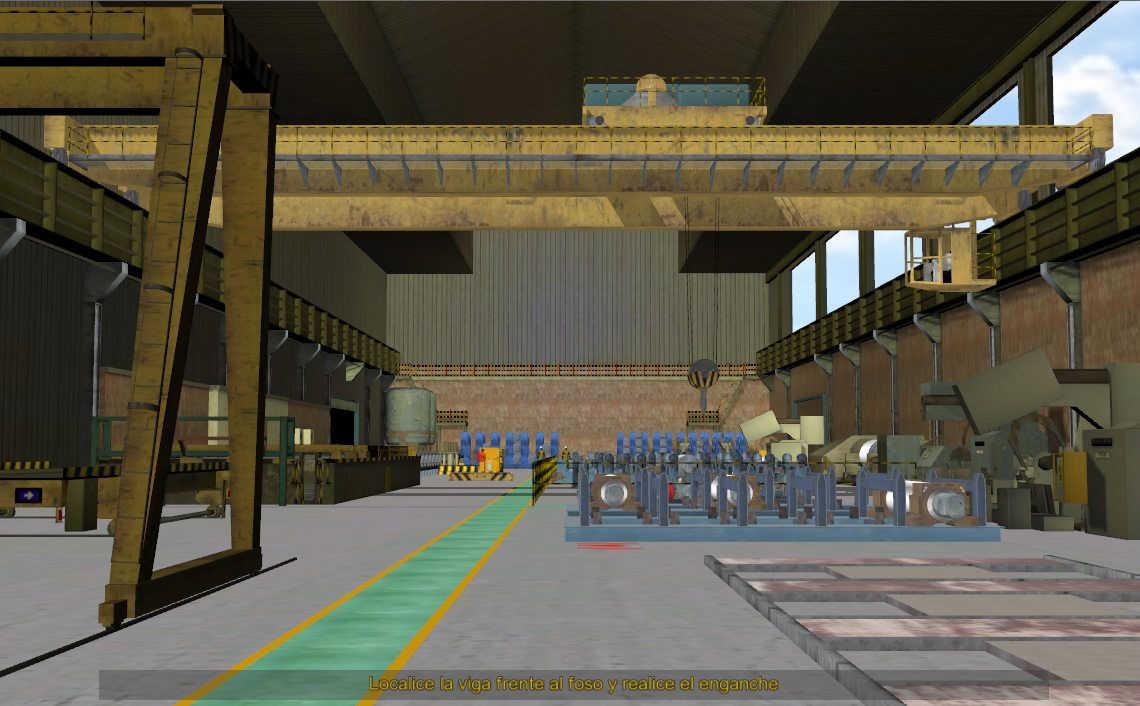 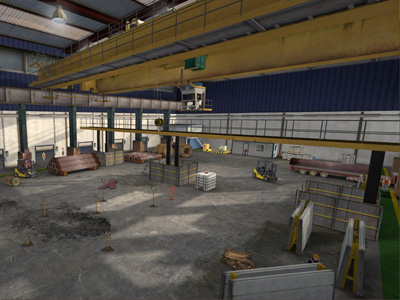 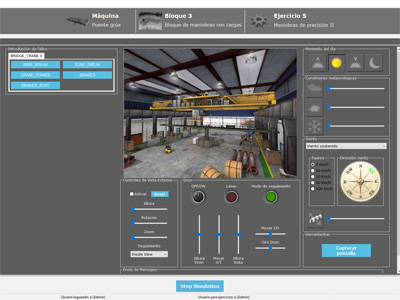 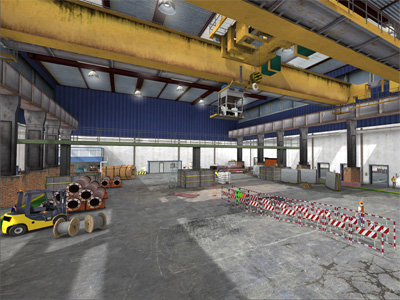 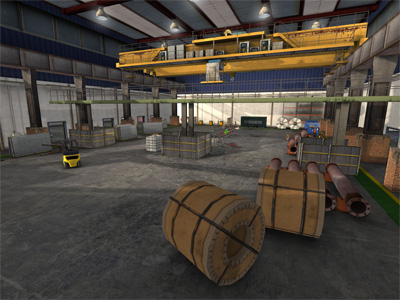 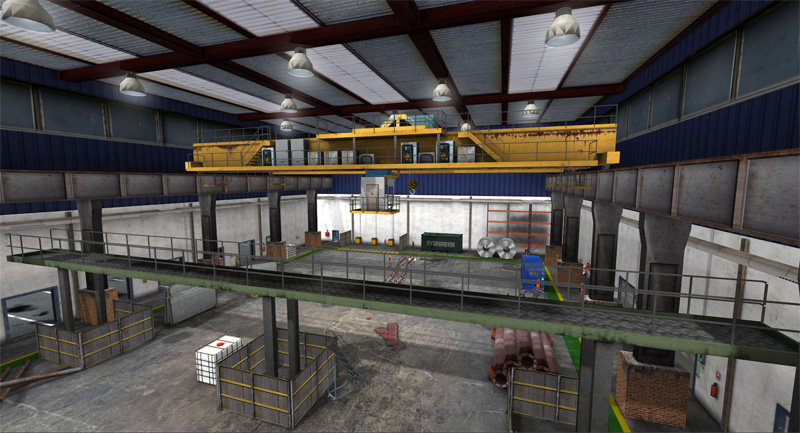 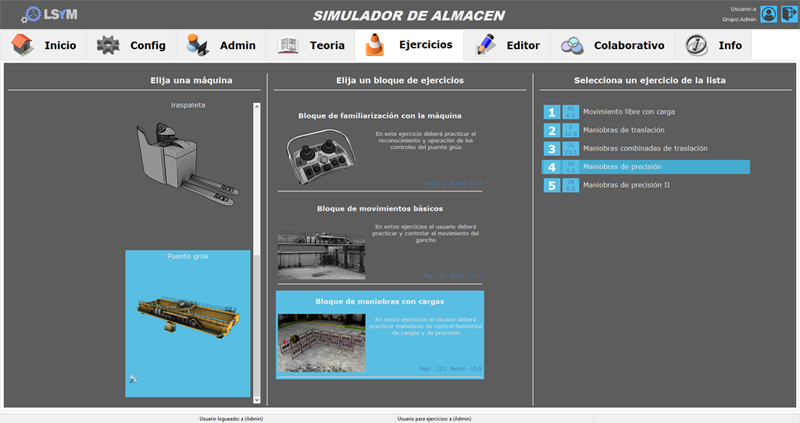 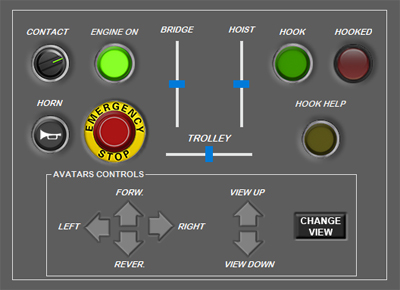 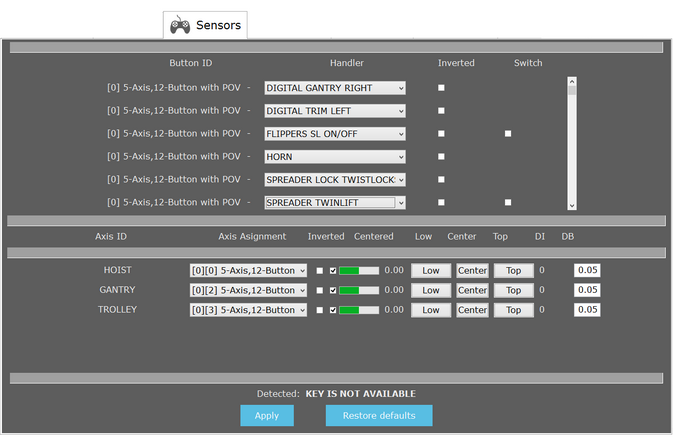 Tall the system of event inputs and analogue signals of the simulator is done in such a way being highly configurable. It can be used from gaming devices to high-level electronic boards.

Characteristics of the simulator

Bridge cranes are inside industrial facilities where heavy loads are moved constantly. This type of cranes are used for moving these loads efficiently and quickly between any point of the work area.

The bridge cranes has 3 travel axis. In this way the hook or any accessory, which can be located at any point of the work area, can be positioned. 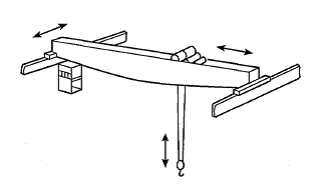 The bridge cranes can be equipped with a wide range of accessories, usually hooks, spreaders, pallets lifters, electro-magnets, vacuum lifters, among others. 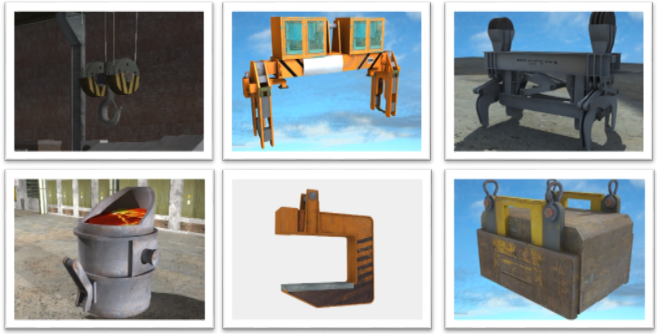 Our Bridge Crane Simulator allow you to train using a crane model of medium range. The sofware has a modular desing composed of five subsystems that help to maximize the performance of training tasks. The training system has the following modules:

The simulator provides the necessary functions for the proper management of users and workgroups. Through the interface, basics tasks such as creating, editing and deleting both users and groups can be done adapting the simulator use to the customer needs. Also it allows you to view statistics and evaluations of each user in a clear and detailed way.

Every time an exercise is performed on the simulator, the necessary data are stored to proceed with the evaluation of the exercise itself. Users can access this information shown by an exercise report. This report contains important data such as the movements made or the remarkable observations and they are presented to users by charts and graphs showing in detail each one of the evaluated parameters, as well as information of interest such as the time taken to carry out the exercise, number of the exercise done, date, etc.

One of the most beneficial features for the training offered by the simulators consists of being able to reproduce any exercise that has been done before. This feature is very important when trying to identify the mistakes made because the exercises can be played and viewed from any angle, rewinding or pausing the video.

In addition, a situation that occurs in the training processes is that students always tend to make similar mistakes. With the debriefing system of our simulators, an instructor can play exercises of any student in order to teach new students the mistakes they must avoid making.