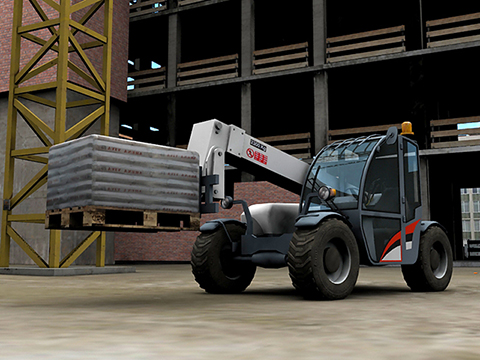 A Telehandler is a machine widely used in agriculture and industry. It is similar in appearance and function to a forklift, with the greatest versatility of a telescopic arm that can extend forward and up from the vehicle. At the end of the boom, the operator can fit one of several accessories, such as a bucket, pallet forks, mud catch, or lift platforms.

The most common application is to move loads to places inaccessible to a conventional forklift truck. For example, telescopic handlers have the ability to pull palletized cargo from within a trailer or place loads on roofs and other high places. The latter application would otherwise require a crane, which is not always practical or efficient.

Basically it is composed by a chassis with translation capable of supporting an arm for the manipulation of loads.

Why use the Telehandler Simulator of LSyM for learning?

Through the Telehandler Simulator developed by the LSyM group the operators will obtain the necessary expertise and knowledge to avoid or know how to act in situations of risk such as:

Furthermore, thanks to the use of the simulator, risk situations that are impossible to carry out in training with the real machine can be created. 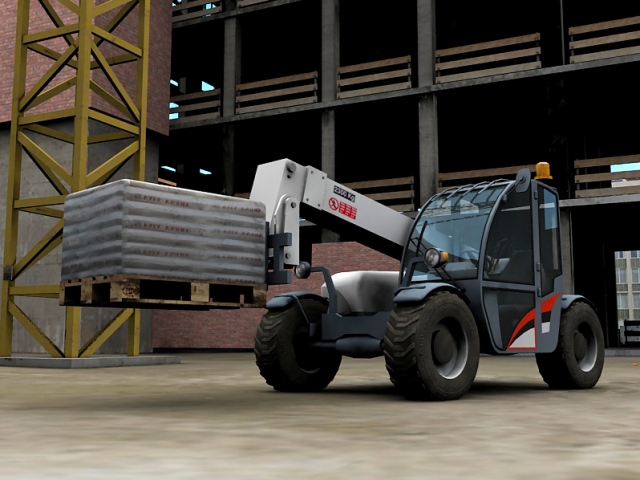 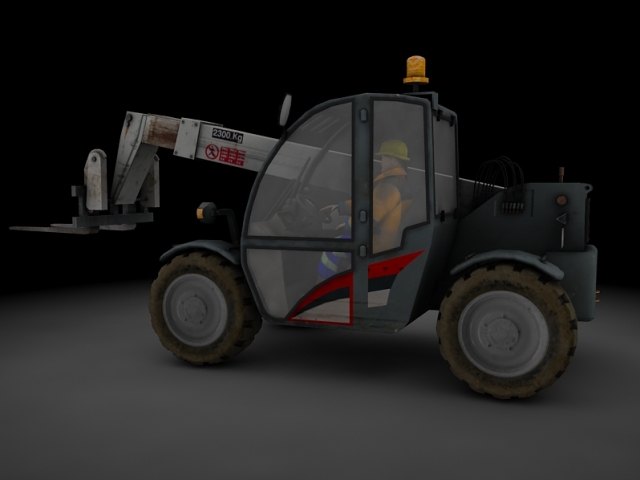 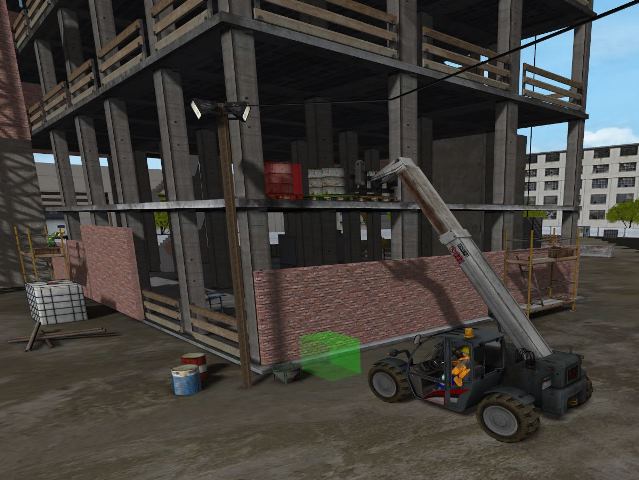 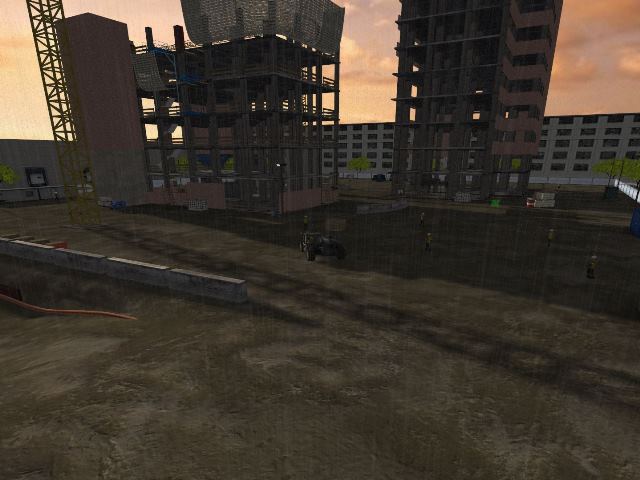 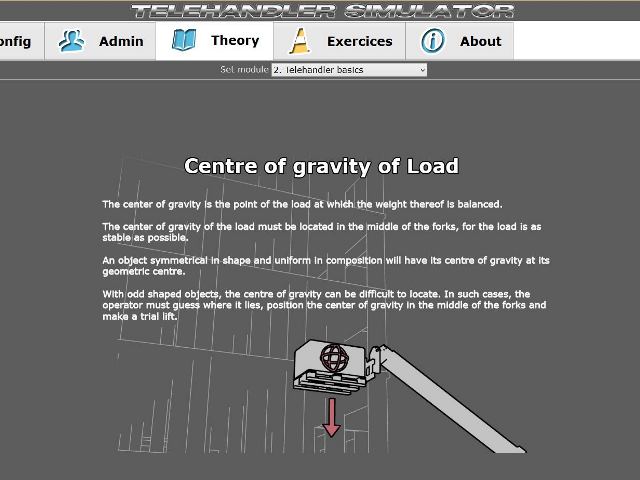 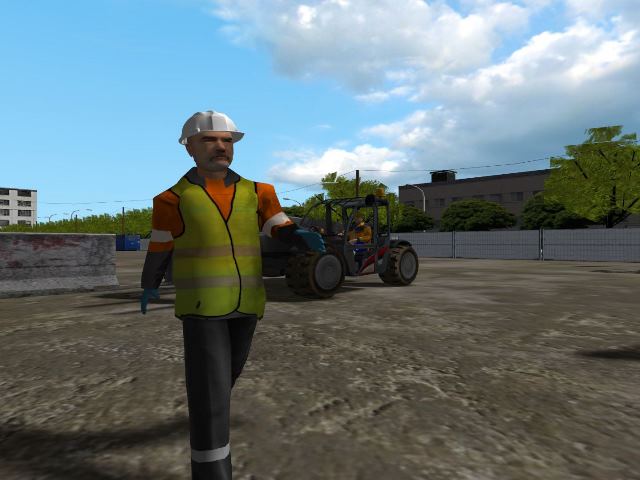 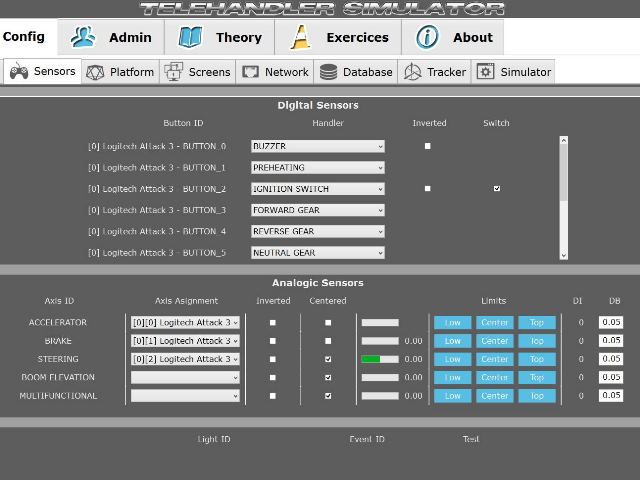 The Telehandler Simulator developed by the LSyM group incorporates a detailed instructional design divided into blocks, each of these blocks including a series of exercises that progressively increase its difficulty as the student is overcoming them. 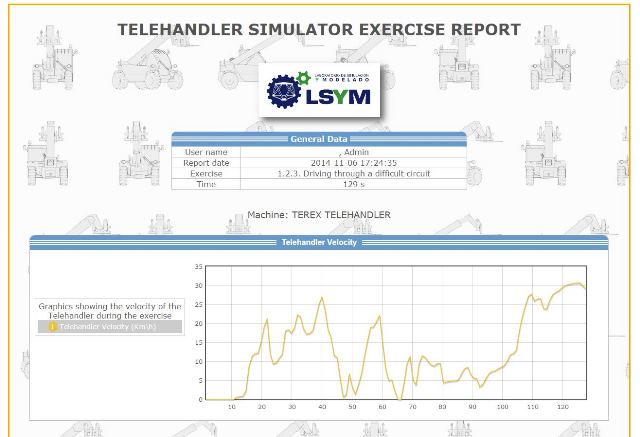 Reports at the instructor's console